Posted May 15, 2018 by admin under Digital, Marketing, Social Media

The news that Klout is to close (suspiciously on the same day that the dreaded GDPR is coming into force) has not exactly been greeted with a round of wailing and gnashing of teeth on social media – especially among the professionals. It had huge flaws, it was easily gamed and it was widely dismissed by those in the know. However, what if Klout was really quite useful?

I am a long-standing critic of Klout. Back in the day, I signed up, like everyone else, to the fledgling service, to find out how cool I was compared with the other social media kids on the block. It turned out that I was quite cool – at one stage, they even tied up with firms to offer Perks and people sent me free stuff because I was so cool (the popcorn was grim, by the way).

And, let’s be clear here, I don’t mean actually cool. I’ve avoided being actually cool all my life and it’s not something I intend to start now. I mean ‘cool’ in the sense that their algorithm liked me – a lot. The metrics showed that I am an influencer and, more than that, they showed that I was the sort of influencer that they wanted to give stuff to.

Now, on one level, that means that the metrics were sort of working. But I was intrigued as to how it came to that conclusion and what I could do to persuade it that I was a bigger influencer than their box of nails had decided I was. And so I played.

I played a game with Klout. I tried various things to see how I could influence the score and, once I had worked out what the magic sauce was, I pumped my score – just for a few days – and showed people that it was possible to increase your score, quite simply, by a factor of 50-60%.

Then it started to push ‘expertise’ and, to me, the wheels started to come off a bit. Sometimes it got it right… 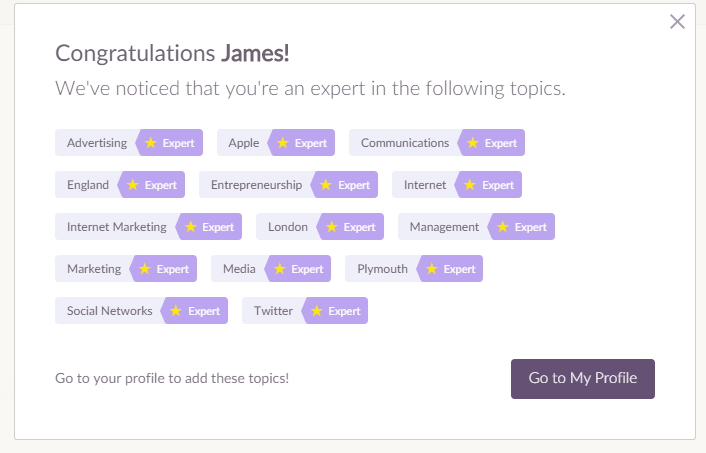 There are some odd categories on @Klout. Among them is FedEx. I am apparently an expert on FedEx.

To put my expertise into some kind of context, I don’t think I have ever used FedEx. #Klout #reputationmanagement #metrics

I have a vague memory of almost being run over by one of FedEx’s terrible drivers a few years ago. #Klout #reputationmanagement #metrics

But here’s the thing – Klout is actually quite useful. I know, I know – it’s flawed but the only difference between Klout and so many other things is that we know it is flawed. Most people (including me – apart from when I did the experiment) are not pumping their scores because… why bother? And, yes, it gets some things wrong on its own. But… but…

If we are all being judged by the same shonky algorithm, then it is possible to use that data as a comparator (of sorts). Not a perfect one – far from it – but it, at least, allows you to say that ‘based on applying this same set of rules, this person seems (on some level) to have greater reach/bark/interaction/maybe influence than this person’. And that is an interesting start point.

Is the TicHome Mini the breakthrough smart speaker?